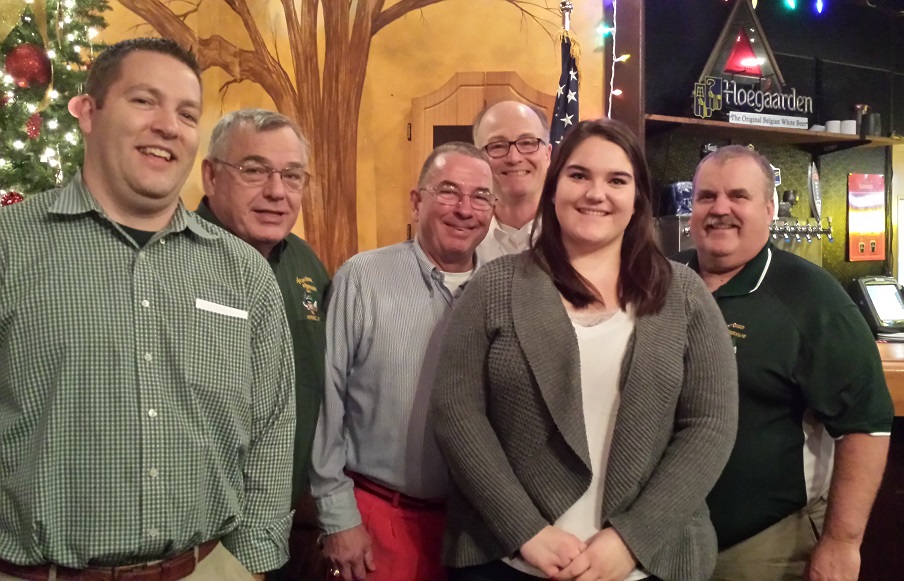 Jessica is a member of Holy Angels Parish and attends St. Elizabeth High School. In addition to her volunteer work with the youth group and leadership team at Holy Angels, she has extensive volunteer experience in the community, including with St. Anthony of Padua's Via Crucis, St. Elizabeth Campus Ministry (eucharistic minister), A.I. duPont Hospital for children, tutoring elementary children with the Future Teachers of America, and to much more to mention!

After being an Honor Student at St. Elizabeths, Jessica now attends Stevenson University where she is studying Nursing. With her academic achievements and compassionate volunteer experience, the Division is confident Jessica will make a fine Nurse and continue to be a valuable member of our community.

Click on the below link to learn more about the Stormont House Agreement.

This agreement provides the framework for reconciliation and upholding the rule of law and the pursuit of justice in the Northern counties of Ireland.

After 11 weeks of talks at Stormont, this agreement was reached with Northern Ireland’s political leaders, providing a new approach to some of the most difficult issues left over from Northern Ireland’s past. It offers a new start and a far more hopeful future, but will need continued hard work to ensure it fulfils its promise.

Division members participated in our annual Hot Dog Sale at Boscov's on Black Friday. Hundreds of hot dogs were sold along with a variety of Pepsi products. Hungry shoppers were treated to Hatfield hot dogs while shopping for bargains on the biggest sales day of the year!

The division has secured a discount for members and visitors to this site for Irish-themed gifts. The Executive Gift Shoppe carries a line of personalized Irish themed gifts that may be of interest to members. As a thank you to us, the proprietor has offered a 20% coupon code for members & visitors to this site. Just use the coupon code "IRISH" when checking out to receive the discount.

There are many items that would make excellent gifts! Shawn Butler, center, holding the check, with his parents Mike & Sharon along with Fr DiBuo and several Hibernians

Congratulations go out to the first recipient of the Newark AOH Academic Scholarship, Shawn Butler. Shawn is a graduate of Delaware Military Acadamy and attends St. Elizabeth Ann Seton Catholic parish along with his parents, Mike & Sharon. Shawn will apply the scholarship toward his studies at the University of Delaware.

The Newark AOH Academic Scholarship is open to high school seniors who are involved in the church communities at any of the four churches from which our division draws its members. Those churches are: Holy Angles/Saint John, Holy Family, Saint Elizabeth Ann Seton, and Saint Margaret of Scotland.

Applicants must be matriculating in a two or four year accredited degree program. The award is limited to two payments of $500.00, one per semester, during the coming academic year. The payments are made directly to the institution attended by the recipient. Payments will not be made for special or shortened semesters.

The 2013 Scholarship committee was chaired by Brother George Murphy. Other Committee Members were Mike Quirk, John Lynch and Patrick Costello. The award was presented to Shawn and his parents at the  LAOH-AOH Picnic at St. Elizabeth Ann Seton Catholic Parish over the summer.

The Festival takes place at the Commodore Barry Club in Philadelphia. Known as the "Irish Center", it is close to train line and has nearby free parking. 6815 Emlen St. Philadelphia, PA 19119

On Thursday, September 12th at 8:00 p.m. there will be a night of song hosted by Gerry Timlin with some of the best singers of Irish songs in the region including Terry Kane, Matt Ward, and Mary Kay Mann. This Thursday night concert is dedicated to local singer/musician and longtime festival chairman, Frank Malley.

Friday night, September 13th, starting at 8:00 p.m. is filled with music and dance with a Ceili dance with live music by the McGillians & Friends, one of the best Ceili bands in the tri-state area, certain to make the Festival Ceili dance a hit. Additionally, in the Fireside Room a music filled Rambling House hosted by Gabriel Donohue that will start at 8:00 pm and go on through the night. Get ready to hear tunes, songs and a story or two – with very special guest Joanie Madden. Be sure to read Irish Philadelphia's beautiful story on Joanne.

Saturday, September 14th is jam packed with things to do for the whole family. The day kicks off at 11:00 a.m. with the live music and instrumental workshops at all levels for all ages offered by world class musicians. Additionally, there will workshops in singing both in Irish and English, Irish language, genealogy, St. Brigid’s cross making and much more. Workshops free this year to current PCG members with the price of admission. There will be live music provided by local musicians and singers, and dance demonstrations by local dancer groups, activities for the kids including facepainting, and Irish fairy tales. Irish product vendors and food will be available throughout the day. Saturday’s 7:00 pm concert featuring the Philadelphia premier of Tony DeMarco's Atlantic Wave (Tony DeMarco, Martin O’Connell, Sean Earnest, Donie Carroll, and Siobhan Butler) and Nuala Kennedy with Eamon O'Leary. – just part of a stellar line-up and a fitting finale to the festival. It will be a rockin’ night of Irish traditional music, and dance. It’s bound to be great “craic!” (great fun to the non-Irish speakers!)

A special thank-you to all our sponsors and volunteers that make this festival happen! Go to www.philadelphiaceiligroup.org/2013pcgfestival to get more information on the Festival; the 3-day schedule; to buy tickets; and sign up for workshops.

The Ceili Group began in 1958, when a group of young Irish immigrants and Irish-American ceili and step dancers gathered at The Commodore Barry Center (a.k.a the “Irish Center”) to formally promote Irish music, dance and culture. The annual festival began in 1975, when founders of the Ceili Group decided that our local Irish music and dance talent should be shared with a larger audience, and in a larger setting, than just the Friday night ceilis. In a short time, the Ceili Group Festival featuring many of the finest Irish performers from around the globe, became the largest-attended one-day Irish festival in this country, and then expanded to a three-day festival in recent years. There is a good chance that one or two might show up at the festival.

Division 22 Fire Fighter John J. Redmond, Isle of Erin Degree Team & Philadelphia County Board invite you to join them for the annual presentation of the Major Degrees

Valid travel cards must be presented to gain entry. 1030AM Sign In, 12PM Shamrock Degree Major Degree Ceremony to immediately follow. Reception to follow at the conclusion of the Degrees

To observe only with no admittance to the reception: Free

The exemplification of the Major Degree Ceremony is open to all formally sworn in members of the Order, who are in good standing in their division.

All candidates must pre – register with the degree team

The St. Brigid Division of the LAOH is having a fundraiser Thursday June 21, 2013, at McGlynn's Pub in Pike Creek. The beautiful thing is it won't cost you anything! Just print the flyer above (Important: you MUST bring the flyer with you for them to receive credit!) and 10% of the proceeds from your meal will be donated to St. Brigid's! Let's show our support by joining them and raising a pint! 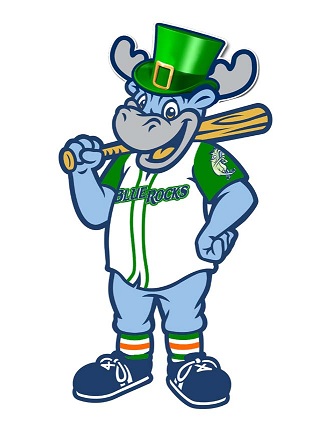 The Newark AOH Division is pleased to announce that we are partnering with the Wilmington Blue Rocks to present the 2013 Irish Heritage Night at Frawley Stadium.

The annual Irish Heritage Night will be held July 25, 2013 at Frawley Stadium. Game time is 7:05 PM and the opponent is the Myrtle Beach Pelicans. Click on Rocky Bluewinkle (above) for complete details and to print a copy of the full flyer. There is a box-seat ticket and Guinness deal, but you can only get it by following the instructions on the flyer!

This weekend is the Archbishop Fitzmaurice retreat at St. Joseph's in the Hills Malvern Retreat House. This retreat is primarily for the Catholic Diocese of Wilmington but all are welcome! Click here to visit the website for the Malvern Retreat House and learn more about this amazing place. Any members interested in attending may call them directly at 610-644-0400 to reserve a room.

Accomodations are dormitory style and include a bed, desk & chair and a sink & mirror. Each floor has restrooms with private showers. Included in the retreat are meals: Dinner Friday and Saturday nights, breakfast Sat & Sun and lunch on Sat. There are conferences, speakers, walking Stations of the Cross and many other activities, all optional. The highlight for most retreatents is private adoration time in the magnificent oratories. Payment is voluntary (no one will be turned away for lacking the funds to attend). The encouraged amount, whicn only partially covers the costs, is around $225.