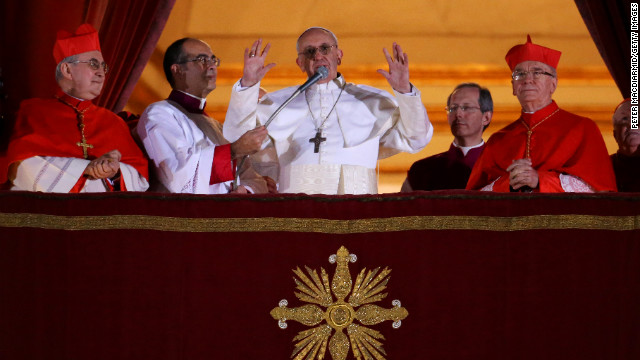 Jorge Bergoglio, the former archbishop of Buenos Aires, Argentina, was elected to be our newest Pope by cardinals in what was apparently the fifth round of voting on the second day of the conclave. He has chosen the name Francis.

"As you know, the duty of the conclave was to appoint a bishop of Rome," Pope Francis told a cheering crowd of thousands packed into St. Peter's Square. "It seems to me that my brother cardinals have chosen one who is from faraway. ... Here I am. I would like to thank you for your embrace."

Oops, you forgot something.

The words you entered did not match the given text. Please try again.